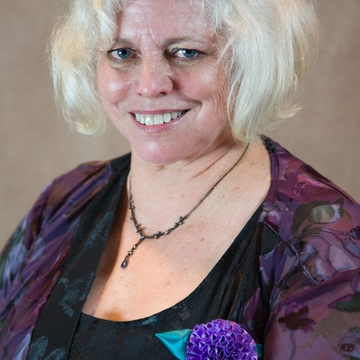 Nancy A. Morton, MS, RN, CCRN, has been honored by the New Mexico Center for Nursing Excellence for her work as a faculty member in the University of New Mexico College of Nursing. Morton received the Excellence in Education/Research/Academia Award at the 2013 New Mexico Nursing Excellence Awards earlier this month at the Hyatt Tamaya Resort. Morton was one of eight UNM nurses honored at the event.

A nurse for 36 years, Morton is the director of the undergraduate program at the UNM College of Nursing.  She has worked “tirelessly for the last 19 years preparing students to enter the nursing workforce in New Mexico,” according to Teresa Keller, who nominated Morton for the award.

Morton is credited with contributing to the development and successful adoption of the New Mexico Nursing Education Curriculum (NMNEC), which created a common curriculum suitable for schools offering associate and bachelor degrees in nursing. The curriculum also satisfies Board of Nursing requirements and national nursing accreditation organizations.

Morton utilizes concept-based teaching strategies, developing coursework that is both current and relevant to the realities of nursing practice now and in the future.  Through her work with the NMNEC she is “absolutely ensuring that New Mexico nursing students will have access to an accessible, innovative and state-of-the-art nursing education,” Keller explained.

A total of 170 nominations were submitted for 29 awards at this year’s Nursing Excellence Awards.  Other UNM nurses honored include:

The SRMC team is dedicated to helping patients heal

How to Maintain Emotional Well-Being in a Time of Upheaval