The University of New Mexico’s Department of Orthopaedics & Rehabilitation has successfully recruited two new faculty members this summer: one specializing in pediatric orthopaedics to enhance services at both Carrie Tingley Hospital and UNM Children’s Hospital; and a podiatrist with diabetic limb salvage expertise to help launch the UNM Center for Healing in the Lower Extremity (UNM CHILE) program. Both physicians gained post-graduate training at the University of Arizona.

David Michael Bennett, MD, joined UNM in mid-August. Originally from Flagstaff, Ariz., Bennett is a graduate of Howard University College of Medicine in Washington, DC, where he served as vice president of admissions for the medical student council. He later completed an orthopedic residency at the University of Arizona, Tucson, where he served as the administrative chief resident. Earlier this year, he completed an Accreditation Council for Graduate Medical Education-accredited pediatric orthopedic fellowship at the University of Utah and Shriner's Children's Hospital in Salt Lake City, Utah, with an emphasis on pediatric spine, deformity and trauma. He resides in Albuquerque with his wife, Lisa, and their three children. 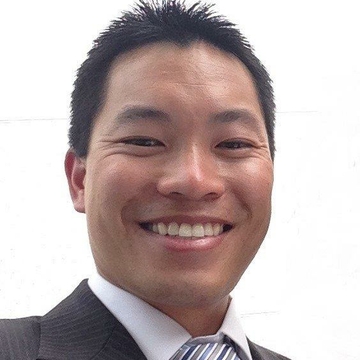 Eric J. Lew, DPM, joined UNM Orthopaedics in early September after completing a Diabetic Limb Salvage and Reconstructive Surgery Fellowship at the University of Arizona School of Medicine and the Southern Arizona Limb Salvage Alliance (SALSA) in Tucson. He is a graduate of Des Moines University College of Podiatric Medicine and Surgery in Iowa, and he completed a reconstructive foot and ankle surgery residency at Cleveland Clinic – Kaiser Permanente in Ohio. Lew will partner with UNM Vascular Surgery, UNM Orthopaedics and Diabetic Comprehensive Care Specialists in creating UNM CHILE, which is aimed at reducing foot amputations due to diabetes complications. He lives in ­­­­­­­­­­­­­­­­­­­­­­Albuquerque with his wife, Marianne, and their three children.

“Both of our new faculty members bring high levels of leadership and caring to UNM Orthopaedics,” says department Chair Robert Schenck, MD. He notes that Bennett has served hospitals in the Birmingham, Ala. area as a mission volunteer, while Lew has helped further SALSA’s mission to advance diabetic foot care and prevent amputations as a clinical instructor. “We are fortunate to have them joining UNM Orthopaedics as dedicated practitioners and active researchers,” adds Schenck.

Resilience Helps Us Bounce Back From Adversity