A Healthy "Media Diet" for Kids

From TV to smart phones to social media, the lives of U.S. children and families are dominated by 24/7 media exposure. Despite this, many children and teens have few rules around their media use. That needs to change, says Dr. Victor Strasburger, a University of New Mexico pediatric physician who is behind an effort by the American Academy of Pediatrics (AAP) to revise its policy statement on how parents and pediatricians should manage children’s and adolescent’s media use.

The updated policy, "Children, Adolescents and the Media,” emphasizes that the digital age is the ideal time to change the way we all address media use. Strasburger, a distinguished professor of pediatrics at the UNM School of Medicine is the lead author of the report.

"For nearly three decades, the AAP has expressed concerns about the amount of time that children and teenagers spend with media, and about some of the content they are viewing," Strasburger said. "The digital age has only made these issues more pressing." 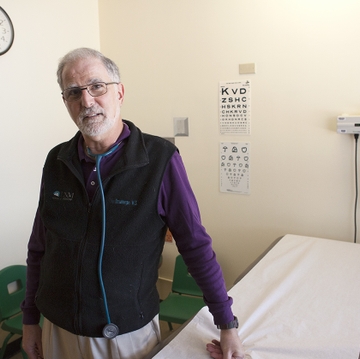 His co-author on the report, Dr. Marjorie Hogan, explained that parents should promote a healthy ‘media diet’ that minimizes potential health risks and fosters appropriate media use. "Parents, educators and pediatricians should participate in media education, which means teaching children and adolescents how to make good choices in their media consumption.” Hogan said.

Strasburger has an extensive background in the study of media impact on children and teens.  He has authored 13 books and more than 160 chapters and original articles in the pediatric literature. He is also the national spokesperson for the AAP and has been featured frequently on national news outlets such as The Today Show, CBS This Morning, Oprah, Newsweek and NPR, as well as local media.

Strasburger said even when parents believe they are monitoring their kids’ media use, often they are not. “When 70 percent of children and teenagers have access to electronic media in their bedrooms, parents have no way of knowing what they are seeing, or downloading or texting. This is a plea for parents to take back control.”

The AAP advocates for more and better research about how media affects youth. Excessive media use has been associated with obesity, lack of sleep, school problems, aggression and other behavior issues. A recent study shows that the average 8- to 10-year-old spends nearly eight hours a day with different media, and older children and teens spend more than 11 hours per day. Children who have a TV in their bedroom spend more time with media. About 75 percent of 12- to 17-year-olds own cell phones, and nearly all teenagers use text messaging.

The amount of time children spend in front of screens is one issue, and content is another. On the positive side, pro-social media not only can help children and teens learn facts, but it can also help teach empathy, racial and ethnic tolerance, and a whole range of interpersonal skills, Strasburger said.

Pediatricians are concerned about what children are viewing, how much time they are spending with media and privacy and safety issues with the Internet.

Strasburger emphasized that parents need to be more diligent about the type of media their children take in.  “Media have an impact. Kids learn from what they are seeing. One violent movie isn’t going to turn your child into a mass murderer. But a constant diet of media violence is not healthy for kids, whether it’s video games or violent movies or TV.

In addition to its updated policy, the AAP is also calling for a new federal study on all media and an ongoing mechanism to fund research about media's effects. “The last government study was in 1982…before the internet, before cell phones, before iPads," Strasburger said.  “There needs to be a pulling together of all comprehensive reports of all current research that will then stimulate more research funding.”

The AAP policy statement offers recommendations for parents and pediatricians, including:

·         Parents can model effective "media diets" to help their children learn to be selective and healthy in what they consume. Take an active role in children's media education by co-viewing programs with them and discussing values.

·         Make a media use plan, including mealtime and bedtime curfews for media devices. Screens should be kept out of kids' bedrooms.

·         Limit entertainment screen time to less than one or two hours per day; in children under 2, discourage screen media exposure.

·         Pediatricians should ask two questions at the well-child visit: How much time is the child spending with media? Is there a television and/or Internet-connected device in the child's bedroom? Take a more detailed media history with children or teens at risk for obesity, aggression, tobacco or substance use, or school problems.

·        Work with schools to encourage media education; encourage innovative use of technology to help students learn; and to have rules about what content may be accessed on devices in the classroom.

·         Challenge the entertainment industry to create positive content for children and teens, and advocate for strong rules about how products are marketed to youth.

Dr. Victor Strasburger on "Children, Adolescents and the Media"

Grieving the Loss of Normalcy