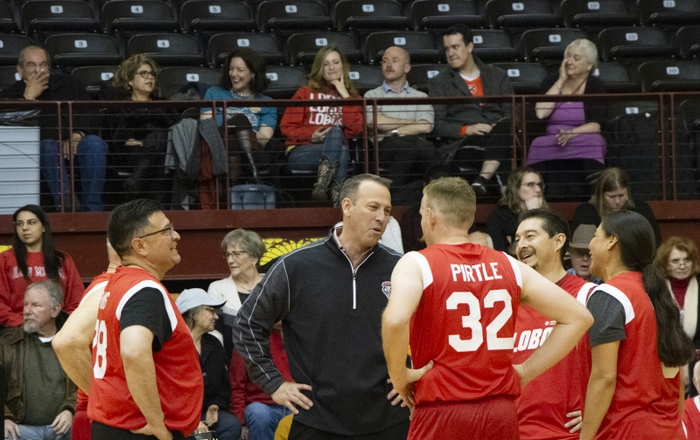 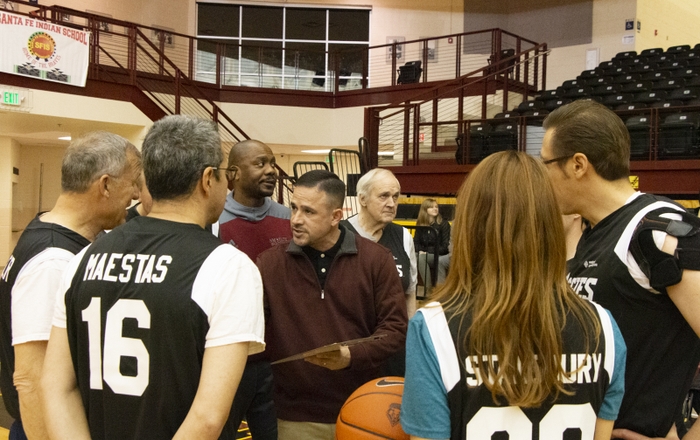 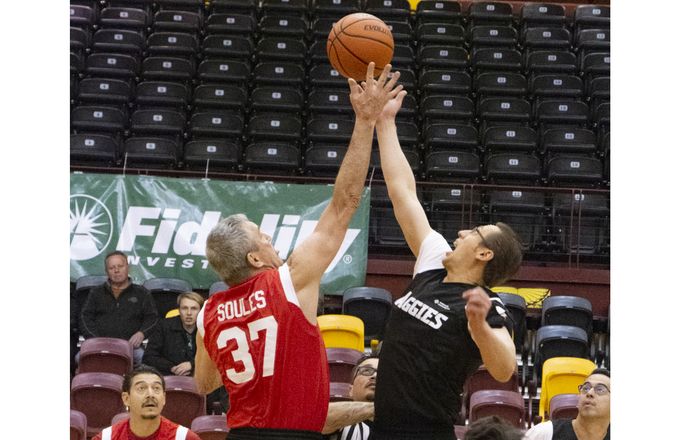 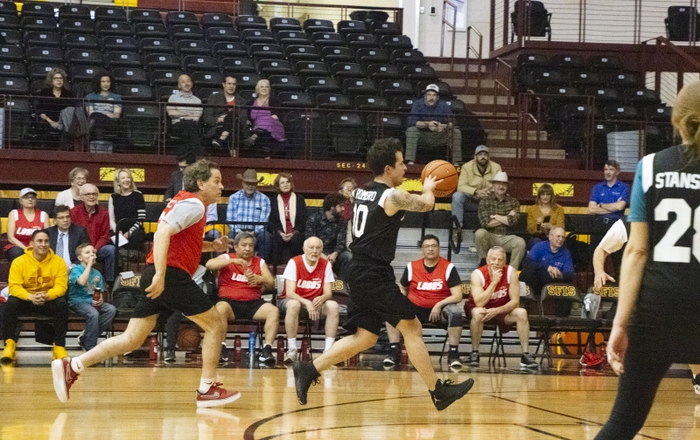 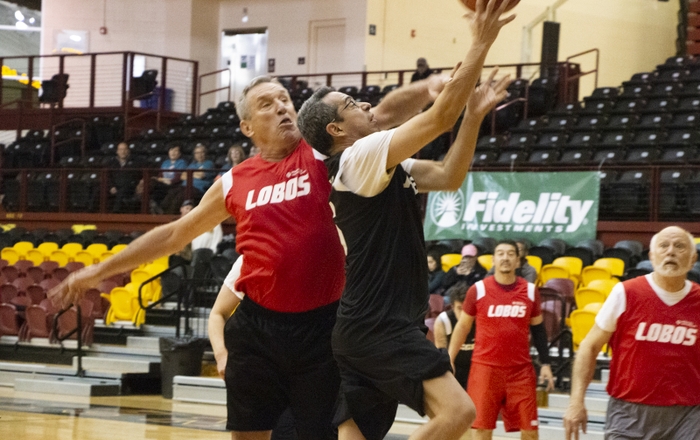 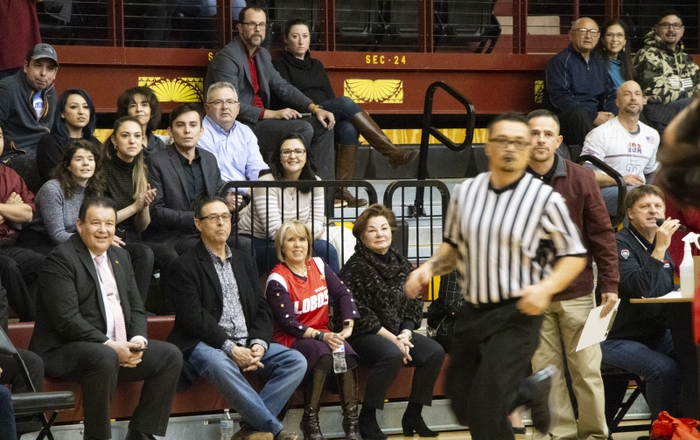 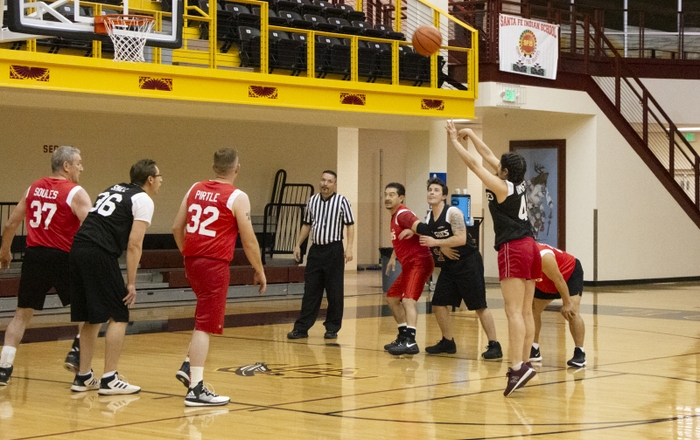 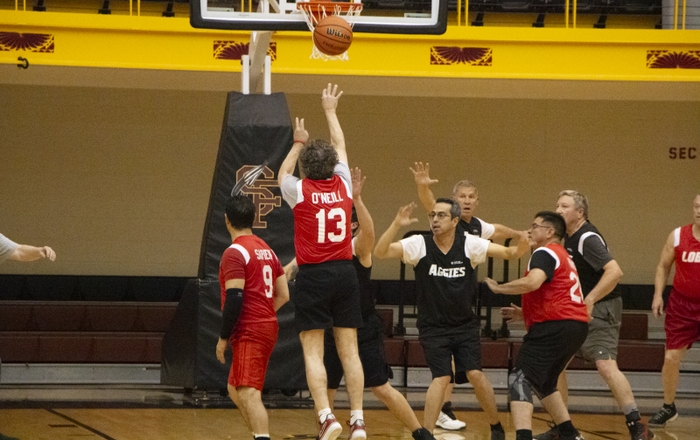 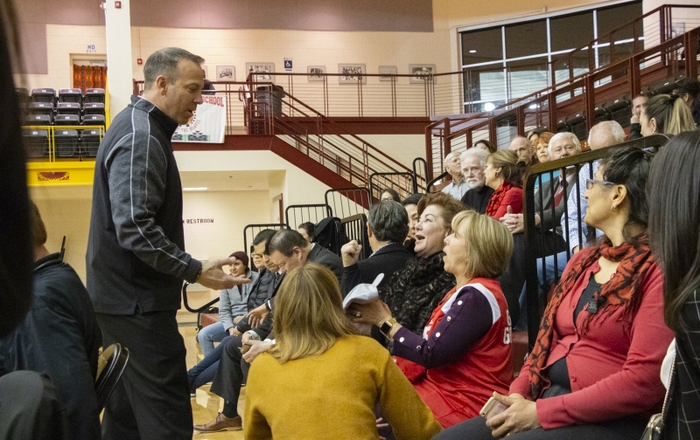 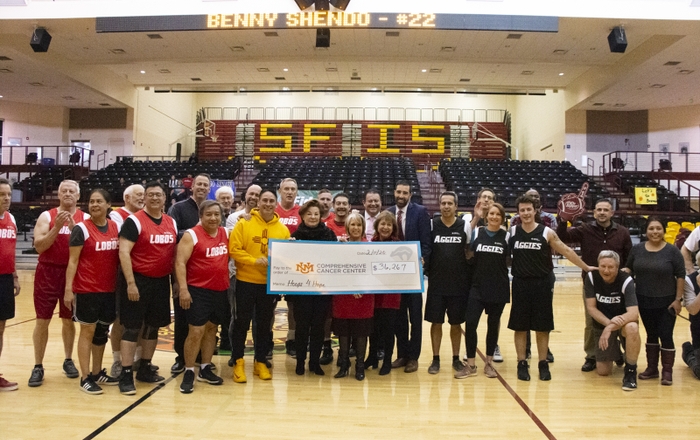 At the end of each legislative session, New Mexico’s senators and representatives lace up to play a hotly-contested basketball game. No one officially tracks how many games each team has won — or any other statistics — because, in the end, the real winners are New Mexicans who face cancer.

The Hoops 4 Hope game pits the New Mexico Senate “Lobos” against the House of Representatives “Aggies” instead of dividing the legislature along party lines. A longstanding tradition, the game evolved into a fundraiser for New Mexico’s cancer patients when Representative Ray Ruiz died of lung cancer in 2004.

Traditionally, the teams are coached by UNM and New Mexico State University coaches, mimicking the state rivalry. NMSU has not yet named the House Aggies coach for this year’s game. UNM, in a break with tradition, has announced that UNM Athletics Director Eddie Nunez will coach the Senate Lobos.

The Hoops 4 Hope game is free and open to the public. Donations will be accepted and greatly appreciated. The Santa Fe Indian School is located at 1501 Cerrillos Road, Santa Fe, NM, 87505.

Virtual event encourages cancer fighters to define their own challenge

Creating a Vaccine against COVID-19