Bringing back a smile

Lindsay Winfrey was your typical 3-year-old girl. She was the sunshine in the home, constantly exploring, giggling and smiling, and very affectionate with her parents, Matt and Kristin. “The ‘terrible twos’ had come and gone,” says her mother, Kristin. “She was so sweet – very easygoing and eager to please.”

Things began to change last spring, when Lindsay began complaining about pain in her mouth. “My back teeth hurt,” she told her parents. Her teeth looked great, so at her parents' urging Lindsay increased her tooth brushing and oral hygiene.

But as her discomfort turned to outright pain, Matt and Kristin became concerned. “Within a month of that first comment about her teeth, Lindsay was crying every time she brushed,” Kristin says. “She became angry with us, and then sullen and withdrawn. Any time she tried hot or cold food she would scream in agony.”

The Winfreys, who live in the Zuni Mountains west of Grants, N.M., took Lindsay to their local dentist, who said her teeth were seriously lacking enamel, likely because the family’s drinking water source didn’t contain fluoride.

“We were stuck,” Kristin says. “The pain in Lindsay’s mouth was becoming so intense that our dentist, a very caring professional, was unable to treat her in his clinic. She couldn’t hold still, even though she knew she was supposed to, and eventually became so traumatized that she wouldn’t even enter his office.” 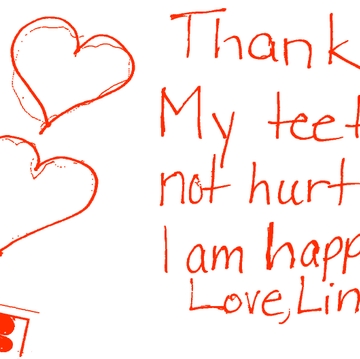 In the meantime, the Winfreys discovered that their health insurance providers hadn’t included dental or vision coverage, as requested. They searched the Internet and found the University of New Mexico's recently opened Dental Ambulatory Surgical Center  – a referral facility that accepts patients statewide for complicated dental cases that require general anesthesia.

The center opened in 2011 at the UNM Health Sciences Center in Albuquerque to handle complex outpatient dental procedures, including those for special needs kids,  anxious patients, wisdom teeth extractions and patients with complex dental needs who would require multiple trips to a traditional dental office.

Every patient receives care from an experienced dental and medical operating room team – generally in a single visit – as a viable alternative to oral surgery in a hospital. The center schedules procedures quickly and accepts most major insurance plans, as well as Medicaid.

The Winfreys got in touch with Dr. Jason Flores, the centrer's director of dental anesthesiology. “I received a pretty distressed email from the Winfreys explaining the situation and how badly Lindsay was declining,” Flores says. “It had gotten to the point where she wouldn’t eat and was hardly drinking because of the pain. We invited them in for a consult immediately and scheduled her procedure for the next week.” 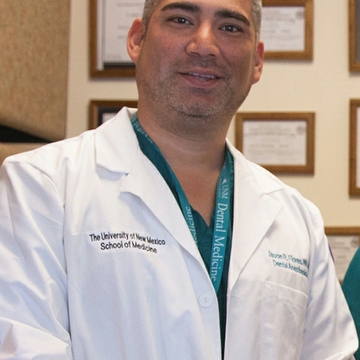 Kristin and Matt were stunned. “Dr. Flores immediately got the ball rolling,” Kristin says. “He understood what was happening with Lindsay and how desperate the situation was becoming. We’d never experienced this as patients in the medical world – things tend to take so long to happen, and everyone’s a number, not a person.”

Flores says Lindsay’s teeth were badly decayed. Some were abscessed and needed to be pulled. “We performed several extractions and restorations throughout her mouth,” he explains. “We had to leave the roots to anchor her crowns and serve as placeholders for her adult teeth.”

Flores and his team took plenty of time to explain the procedure, everyone’s role in keeping it safe and pain free, what to pack, what to wear, what to expect. “Lindsay was really nervous leading up to the procedure and was lying around the house curled up in a ball not interacting,” Kristin says. “So we all talked her through it and got her excited about it.”

Directly after her procedure, Lindsay couldn’t stop looking in the mirror at her new teeth. Naturally, the first thing she wanted was to eat her favorite meal – pancakes and syrup. “She ate like crazy,” recalls Kristin. “It was almost instant. Our little girl was back.”

The 3-year-old is again eating other special foods, like carrots and ice cream. “She was so withdrawn, constantly managing her pain while trying to be a good girl,” Kristin recalls. “She knew what was happening and would apologize for crying and complaining.

Lindsay is excited about brushing her teeth and using prescription fluoride drops, which she does faithfully twice a day. She also loves to show them off. “Look at my new teeth,” she says, flashing a big, toothy grin.

Grieving the Loss of Normalcy