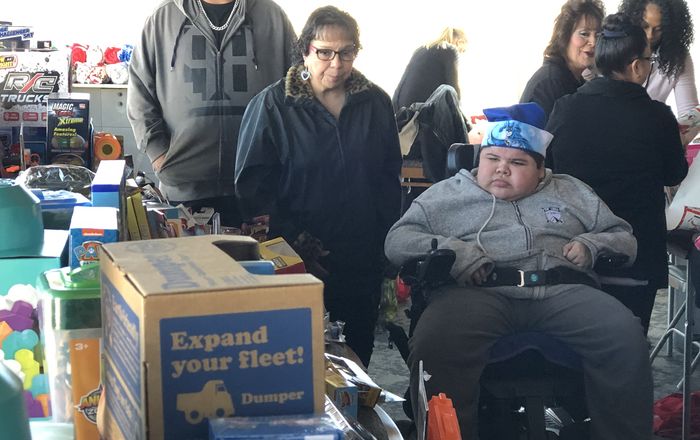 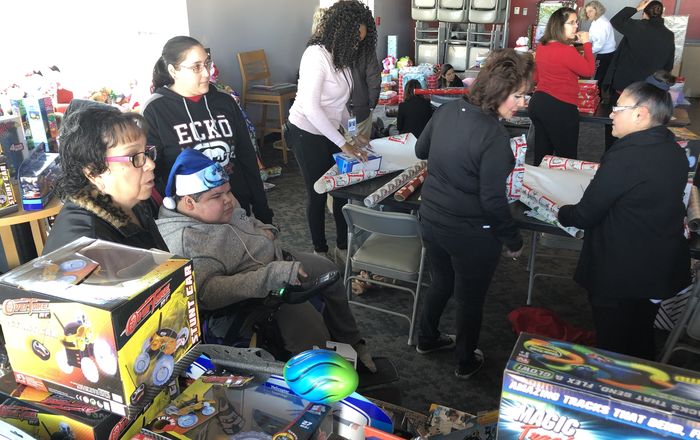 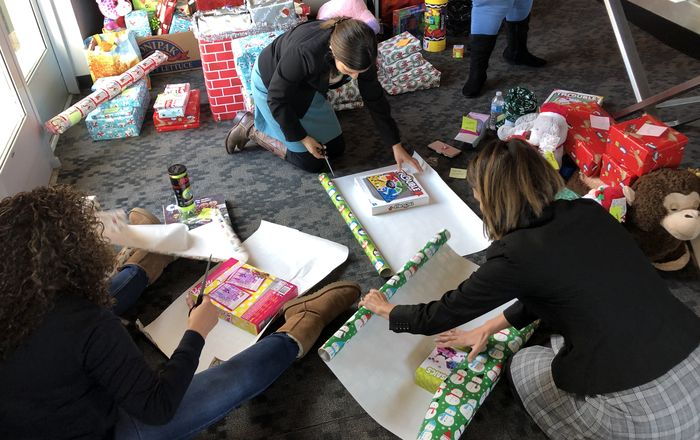 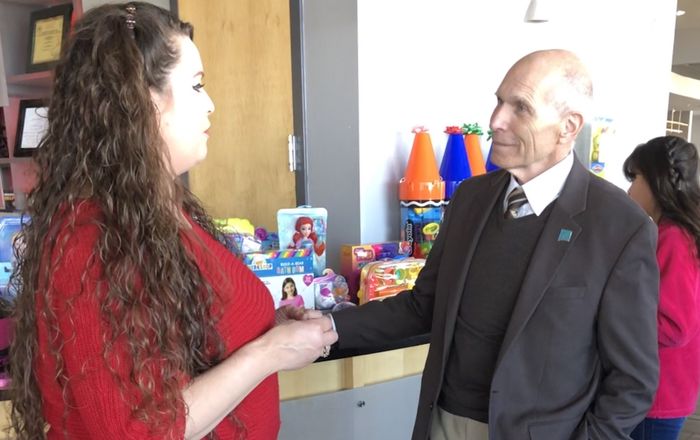 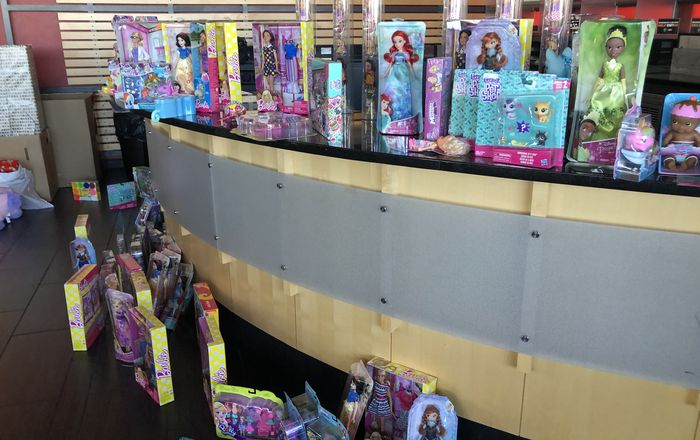 Toys are seen at Mariposa Event 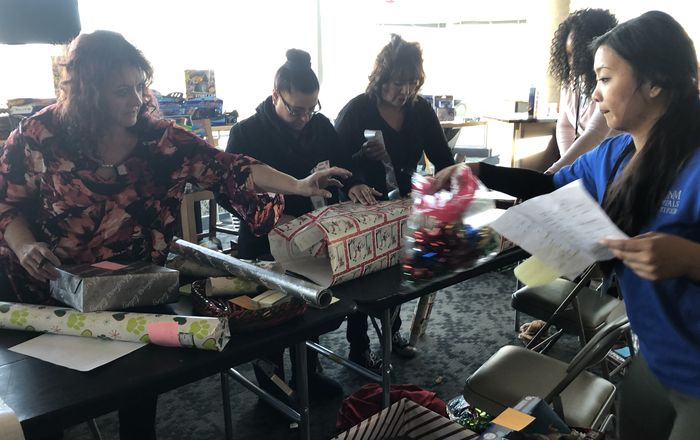 Organizer once benefited from the program and now gives back
By Mark Rudi | December 12, 2018

Children battling terminal illness spent the day not thinking about being sick, but just getting to be kids, thanks to a partnership with The University of New Mexico Children’s Hospital’s Mariposa Pediatric Hospice program and Smith’s Food and Drug grocery chain. Smiles played across the children’s faces as they picked out toys and visited with Santa Claus.

Wednesday was the fourth annual Smith’s toy drive and it was an idea that came from Cheryl Minns, who was assisted by the UNM Hospitals program in 2011 when her 5-month-old son Luciano passed away. Luciano’s favorite holiday was Christmas and Minns loved the look on his face and how eyes lit up every time a toy popped out of the presents.

“It was one of the most cherished moments that I have,” Minns said.

Four years following his passing, Minns thought about how wonderful her support team had been, but also wondered if other families had that. Feeling compelled to do something, she started a toy drive to support families in the program during the holidays. Minns asked Smith’s, her employer, about supporting a toy drive, called her friend Marlo Otero, and the toy drive was born. Smith’s employees donate all the toys, and the event has gotten bigger and bigger every year.

“We put a box in each break room and asked Smith’s employees to donate, and their generosity is just overwhelming,” Minns said. “It’s just incredible. I have my Smith’s family supporting these other families. It’s just a blessing to know my son’s smile could live on in these babies’ Christmas mornings.”

Matthew Wharton, a resident in orthopedics at UNM Hospital, and his wife Katie said the Mariposa program has been a very supportive system.

“The program has been a godsend, kind of lessening the burden on our journey with (our son) Seth,” Katie Wharton said. “When they do these types of activities, it gives our family some happiness where we can join other families who are going through similar things – just have a fun day and experience it as a family.”

Robins said on average they’ll donate toys to eight to 10 families that are on hospice service during the holidays and then to about 25 to 30 families beyond that, which gives gifts to an additional 75 to 100 children.

This year, eight families will receive gifts through Mariposa Hospice, along with 25 bereaved families that the program takes care of for about two years after they have lost a child. Those gifts go to siblings, cousins and people who were important to the child that was lost, Robins said.

Minns said the program supplies Mariposa families first and the remaining gifts go to children at UNMH so that they will have toys for Christmas.

Donald A. Godwin, PhD, Dean of the UNM College of Pharmacy, has been awarded the James Robertson,...